Writer David Gerrold said, “Half of being smart is knowing what you’re dumb at.” It’s one of my all-time favourite quotes. There are so many things I’m dumb at. Some examples:

And 6,453 other things. But I had no idea I was dumb at shoehorns. And then I got some new shoes. Swanky ones. Anyway, my wife (waiting at the door to leave so we can attend something not at our house which is pretty much the only place I like to attend during evenings) saw my struggle and, brow furrowed, swooped in to help me, aka take over. Suddenly, she was on the floor and my shoe still wasn’t on and we were having one of those husband-wife “discussions” that waver hazardously on the tipping point between laughter and rage.

This is pretty much how it went down:

Me: There’s something wrong with these shoes.
The wife: (shakes head, smiles) There’s something wrong with you.
M: There’s something wrong with YOU.
TW: YOU.
M: I have a solution. Let’s stay home.
TW: (makes the face) No.
M: It was worth a try. I can’t help it if one of my feet is bigger than the other.
TW: What? Since when?
M: I don’t know; feet are feet. One gained weight.
TW: Just USE the shoe horn.
M: I’ve never used a shoe horn before. Shoehorns are for old people.
TW: YES they are for old people who can’t put their shoes on!
M: (crushing the heel)
TW: (unprintable things)
After three attempts…
TW: USE the shoe horn.
M: (more heel crushing which only enflames my wife’s agony since she loves loves loves shoes) Why won’t it work?
TW: (looks at me like I’m a stop sign that says go)

At this point we can’t stop laughing. My shoe is outsmarting us. It’s like we’re playing shoe Twister.

M: I’ll just wear other shoes?
TW: (Doubly determined. Finally. Something. Works.)
M: (I so want to make a joke that starts with “if the shoehorn fits” but we’re late and the air feels prickly.)

Later, I shared this story with my hardware-store guy and he says this: “maybe you can learn how to use a shoehorn on YouTube?” So we googled it. AND YOU CAN, which also means I’m not the only one dumb at shoe-horns. See folks: we’re all dumb at something, until we’re not. It's a choice. Choose.
Posted by DB Stewart at 6:19 AM 4 Comments

Email ThisBlogThis!Share to TwitterShare to FacebookShare to Pinterest
Labels: ?, attitude, common sense, from heartthrob to mall cop, how to, mistakes, sheesh, sometimes, stumped, the wife, things that are most likely the devil, things that deserve the stink eye, think, wordfuse, yeahno 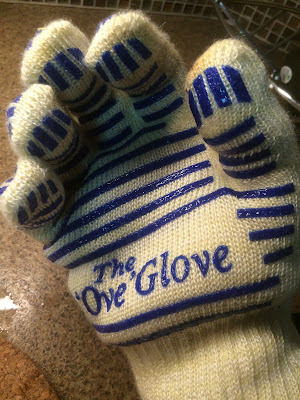 I hesitate to call it an oven mitt. Sure, it's an 'ove' glove but I prefer HULK HAND. A gift from my wife, instead of hulk anger it incites in me this desire to test it on really, REALLY hot things. Casseroles? No problem. Lava? ABSOLUTELY. And that's why I foresee a sad end for this asbestos-packed kitchen wonder-mitt. In other words, I suspect that around the campfire this summer, the marshmallow test will have a whole new meaning, and no stick required! That's reasonable, right?
Posted by DB Stewart at 7:56 AM 5 Comments

Imagine a hammer. A well-worn hammer. Now think about history and that hammer. What were the very first hammers like? What were they used for? To build up or to tear down? To bust or to beat? Although the hammer’s design is much improved, its function remains mostly the same. We can use a hammer two ways:
1. constructively or 2. destructively.

I’m sure I was quite young the first time I used a hammer. And despite my age then, I immediately knew the power of a hammer. It would smash anything! Especially my fingers. I remember the frustration when I missed the nail yet again. I know the fear of dropping the hammer and wondering about those working below (or my toes). I know the exhaustion of using a sledge hammer and the satisfying way it cements things together. I know the power I wield swinging a hammer. It seems to me that there are plenty of lessons in a hammer. Perhaps the best though is Abraham Maslow’s lesson. He quite famously wrote in his ground-breaking book about human psychology, “I suppose it is tempting, if the only tool you have is a hammer, to treat everything as if it were a nail.”

People, everything in this complex world is not necessarily a nail. And we need not always choose the same tools: everything does not need to be pounded. Maybe there’s a different way to think about things? Maybe it’s not so simple? Maybe it’s not so black and white? Think back. At many times we people believed things that were clearly mistakes:
1.       The world was flat.
2.       Climate change was a myth.
3.       The people in charge have all the answers.

No one has all the answers. No one. Not even you. Especially if all you have is a hammer.
Posted by DB Stewart at 7:51 AM 1 Comments 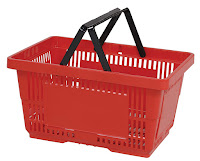 Skulks into the grocery store late on a Friday night.
Grabs a basket.
Scans the area.
Avoids eye contact.
Bags a few oranges.
Maybe some coleslaw.
Travels quickly.
Continues to scan.
And then, there it is: the ice cream freezer-case display.
Hones in.
Scans.
Begins to sweat.
Rapid heartbeat.
Eye-twitching.
Scanning, scanning, scanning…
Attempting to lock…
WHAT? There is no heavenly hash ice cream with its dreamy chocolate and creamy swirls of marshmallow?
WHAT?
Bummer. But this tub of chocolate chip fudge cookie-dough will fill the emptiness too.
Rushes to the cashier check-out.
And. Then. It. Happens.
Someone you know is in the line-up ahead.
Briefly consider other aisle (but that would be rude because eye contact has been established).
Place your groceries on the turnstile.
Attempt to conceal the ice cream with the bag of coleslaw specifically chosen for this purpose.
Fail.
That someone-you-know stares at your ice-cream and then looks at you with a sad little weak smile.
Sheepish feelings.
Chit-chat.
And. Then. It. Happens. Again.
Someone you know joins the line right behind.
The food shame becomes too intense.
Your head explodes.
You want to say friends are coming over or I’m buying this for my spouse/dog/budgie/the food bank but then guilt rises up and finally you just confess to EVERYONE WITHIN HEARING DISTANCE what exactly you are buying and that you do indeed know that there is no possible excuse for purchasing this luscious tub of sugared lard-butter but it is what it is.
The person behind you pulls something out of the grocery cart.
It’s an 8000 gram bag of chips and a front-end loader of dip.
You have NEVER felt more love and kinship for another human being in your entire life.

Email ThisBlogThis!Share to TwitterShare to FacebookShare to Pinterest
Labels: blather on, danger, embarrassing, from heartthrob to mall cop, good people, let's be honest, mistakes, problems, sheesh, sugar, things that deserve the stink eye, think, this is my brain on ice cream, whoa, yeahno 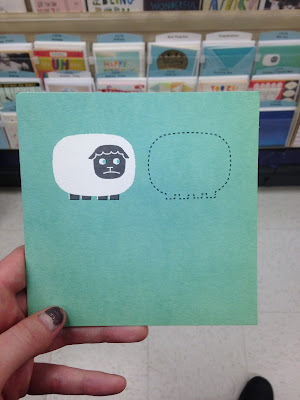 (Miss ewe too daughter.)
Posted by DB Stewart at 6:10 AM 2 Comments 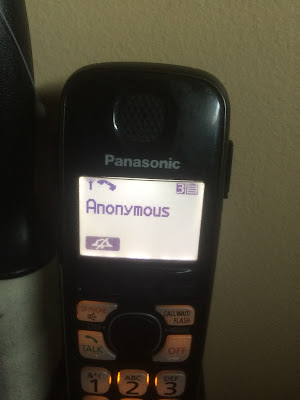 Is it weird that this is the the first thing I think of now?
Posted by DB Stewart at 9:23 PM 2 Comments

Email ThisBlogThis!Share to TwitterShare to FacebookShare to Pinterest
Labels: DIY, evolving, I miss when, perception, questions, sheesh, signs, some people, stumped, things that deserve the stink eye, think, whoa, yeahno, you get what you give

In Scrabble, a simple word, carefully placed, at just the right time, can win the game.