It will soon be over. 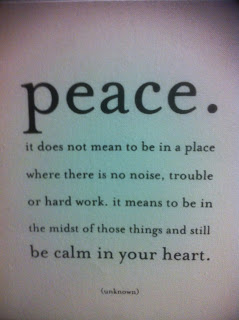 For an introvert, even a pseudo-extrovert-introvert like me, Halloween is nuts. Oftentimes, I enjoy much of it, but I must keep reminding myself that it will soon be over.

For those of you likewise inclined, today I hope for moments of peace among the chaos. That and lots of chocolate.
Posted by DB Stewart at 12:30 AM 3 Comments 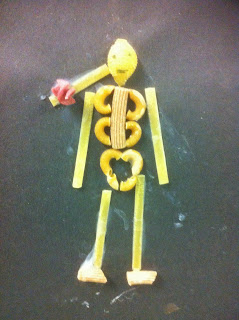 #pastaskeletons
Posted by DB Stewart at 11:12 AM 1 Comments

Email ThisBlogThis!Share to TwitterShare to FacebookShare to Pinterest
Labels: ?, #hashtags, arts, fathering, how to, kinda perfect, signs, the little things, things one should never outgrow, things that deserve the stink eye, zoetic

“If you look at it the right way you can see the whole world is a garden.” Frances Hodgson Burnett

I can see that. Maybe it’s naive. Even irresponsible in some ways. Yet I really can. But I don’t expect everyone to see it that way.

It’s like skydiving. I don’t want to do that. Some may think this assertion is just sensible but others may consider it cowardice. Sure sure it’s apparently safe. And exhilarating and a bucket list experience and inspirational. And so on and so forth. It probably is. But I’m not doing that. I’m just not.

However, I AM going to watch everyone else skydive. I will be a little angry about their foolishness and maybe even a little confused too. I will wonder, my face furrowed: why do you want to die this way? But I will cheer for them. And maybe shed a tear of relief when they land safely. I will cheer because I like to see other people experience moments like these. There’s something I find so exhilarating about witnessing dream-achievements. Is anyone else like that? Any other extreme risk-taker-fans who are totally good with that being enough, without jealousy, without regret? I know you’re out there too. But I get it. For fear of being judged too tame, we don’t much advertise.

I guess there was that one time I rode an insane roller-coaster. And once I...(despite some prolonged brainstorming, I couldn’t think of anything else crazy to list here.) But this doesn’t mean I haven’t taken serious risks. It depends on how one defines risk. Twice I’ve pressed restart on my career. Like a lot of people who live in Alberta, long ago I risked moving far far from home to come way way up here near the top of the world and Santa Claus and that truly was the risk in my life that made all the difference. Even now I risk sending these words out to you. Are these risks so minor in comparison to climbing Mt. Everest?

Maybe. Maybe not. It depends. I have learned that we can never really know how far another person pushes himself even when we can’t perceive exertion. In other words, what we perceive as victories for ourselves and for those who might be more plainly daring is debateable. Some tightropes are virtually invisible.
Posted by DB Stewart at 5:58 AM 2 Comments

Email ThisBlogThis!Share to TwitterShare to FacebookShare to Pinterest
Labels: attitude, dreams, fathering, heart, how to, let's be honest, no, Northern Alberta, perception, some people, sometimes, things one should outgrow, voices, zoetic 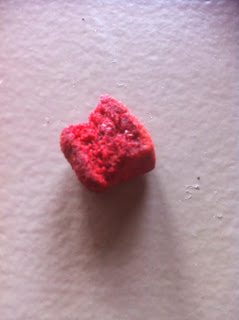 This is a red velvet cake crouton. Cake croutons? What a genius idea eh? It's from a yogen fruz dessert I had about two weeks ago. Anyway, I found it in one of the new shoes I bought that day. It's still good right?

#thankspaige
Posted by DB Stewart at 6:34 AM 4 Comments

Email ThisBlogThis!Share to TwitterShare to FacebookShare to Pinterest
Labels: ?, #hashtags, attitude, how to, idiot-geniuses, mistakes, no, pea-brain, sheesh, signs, snacks, sugar, the little things, things one should never outgrow, things that deserve the stink eye, yeahno 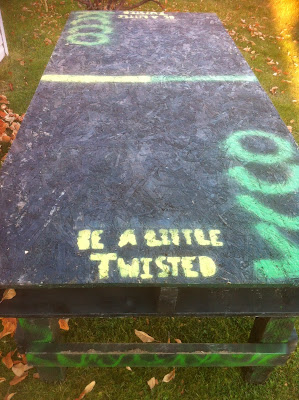 the home-made beer-pong table that showed up in my backyard.

Maybe this was my teen son's shop class project?

Email ThisBlogThis!Share to TwitterShare to FacebookShare to Pinterest
Labels: ?, #hashtags, arts, fathering, idiot-geniuses, let's be honest, Northern Alberta, sometimes, teens these days, things that are most likely the devil, this is my hood, yeahno

Yes. Yes they do.

Not long ago I signed a petition about the Canadian $50 bill. The new polymer version of our $50 bill features a boat. The old $50 bill featured the “Famous 5,” a mostly Albertan group of women who, in 1927, started a petition to be legally recognized as “persons.” For Canadian women, this triggered tremendous status growth. By removing the Famous 5 from the $50 bill, there are, at present, no longer any Canadian women featured on Canadian currency.

I have never understood why women must fight for equal status with men in any area: leadership, politics, careers, whatever. In those purposely blind eyes of the law both sexes should have the same rights, responsibilities and privileges, In every which way. To me that’s justice. Plus it just makes sense. Therefore, it seems like a no-brainer that there would be just as many Canadian women on our currency as Canadian men.

It’s about contribution. Don’t women contribute just as much to society as men? That question is pretty much rhetorical but in this case, I think it demands answering. And what’s the answer? YES. YES THEY DO.

Anyone who denies that is an idiot. I mean come on, ever heard of babies? Obviously that example pretty much trumps everything but let’s focus on contributions that traditionally haven’t been used to negatively stereotype women. So here’s an odd little quiz. What makes it odd? I am going to give you the answer before I ask the question: ALL OF THEM. That is the answer. What’s the question? According to Mental Floss magazine, women invented which of the following?

Note number 10. Kind of a big deal, isn't it? Incidentally, the woman who invented the computer worked alongside someone else: a man. Just look what we, as equal partners, can accomplish TOGETHER. It's like George Carlin said, "men are from Earth, women are from Earth. Deal with it."
Posted by DB Stewart at 5:52 AM 5 Comments

Email ThisBlogThis!Share to TwitterShare to FacebookShare to Pinterest
Labels: ?, attitude, Canada, heart, how to, let's be honest, men and women, no, nuts, sheesh, some people, sometimes, things one should outgrow, things that deserve the stink eye, think

Email ThisBlogThis!Share to TwitterShare to FacebookShare to Pinterest
Labels: arts, fiasco, how to, idiot-geniuses, let's be honest, mistakes, neuromathingabobbers, no, pea-brain, things that deserve the stink eye, wordfuse, yeahno 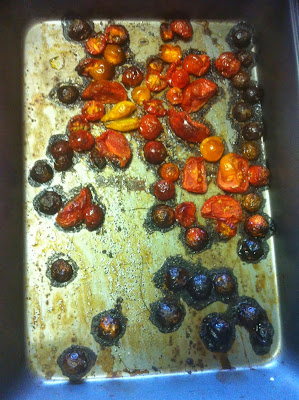 roasted cherry tomato fail. (But I ate them anyway.) 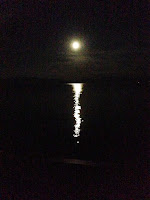 Sometimes there are events that cause fear to rumble across the world. It’s unnerving. And unsettling. Yet often, those things are just ripples. Ripples are not waves. And they do not start tsunamis. Earthquakes do. (I might be pushing the limits of this metaphor but somehow this makes sense inside my pea-brain.) Let me explain.

What I think I’m trying to say is this: worrying about the state of the world is natural. I caution you about living in that state though. Feeling the ripples is inevitable. Just watch the news. There’s a lot of distress. It can be overwhelming. But imagining a tsunami is on its way is unhealthy. Sure, we all imagine the worst sometimes. It’s easy. Fear has a way of smudging up all that light shining through our windows so much so that we can’t see past our own fears. The Beatles said it so well: “yesterday all my troubles seemed so far away oh I believe in yesterday.” But was yesterday so much better? Are things really so much worse now in this world? Maybe not.

In fact, maybe, just maybe, this is the very, very best time EVER to be alive? Why?

1. We still have gasoline.
2. Nature. We still have it too.
3. iPhones.
4. Skype or facetime.
5. Pausing live tv. (Years ago, only superheroes could do that.)
6. Babies. People just keep having babies.
7. (Other people’s) babies are hilarious.
8. Some of us don't live in the United States where politicians are so disconnected from reality that they claim the right to shut down their democracy, put people out of work, waste millions of dollars and call it democracy but we still get to watch this gong show with the rest of world and laugh and shake our heads and feel deservedly superior. (Sorry U.S. friends but this is just nuts.)
9. The future. Imagine it. For example, what new ways to eat waffles will they invent next?
10. Most likely there are still more great surprises to come than there are annoying surprises like hair in your food.

Re: #10. Think about that. There are still more surprises. There truly are. Not long ago I boarded a plane from Germany to Italy. On that plane was my university roommate. We hadn’t seen each other for over a decade and we had no idea we were both traveling to the same country. 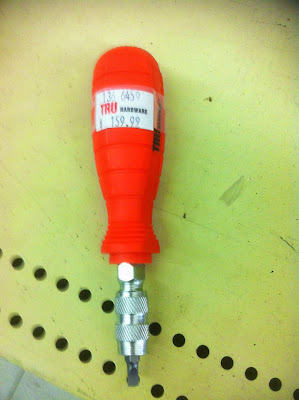