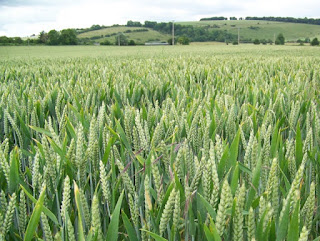 I don’t dream enough. Yet, when I do, in my dreams, I’m often on a journey and most times I have a task to do along the way, or an obstacle to overcome. (Thinking about it now, that’s not so different than life when awake, is it?) And the people who populate my dreams are often strangers; I see glimpses of them along the way, somewhat like the people you see and then don’t see on the subway. In my dreams, movement is the norm.

But then, unexpectedly, one of those strangers is suddenly familiar. I’m always caught by surprise and I feel foolish because I should have known all along because that’s when I realize or perhaps recognize the stranger is not a stranger after all: it’s a loved one who’s gone, someone who’s died, someone I’m missing.

Do you have these dreams too? Imagine if we could control our dreams, conjure at will those we long for. If only.

Once I dreamed I was looking out the passenger window of a truck, the window open, the sun shining, green waves of wheat stretching across a field and then I turned to look at the driver. It was my Dad. I hadn’t seen his eyes for years. Once, I stood up from the patio table at a restaurant and saw, at another table, my brother. He nodded and moved his chin in the direction he wanted me to look. Once, I was with someone in an unfamiliar kitchen searching for ice-cream in the freezer. When I found it and closed the door, sitting at the table was my Mom. We smiled at each other. Once, I was nervously walking on a dimly lit sidewalk in the fog when suddenly from across the street stood a friend from long ago. She waved. I waved back. Once, I walked down a gravel road next to a garden with rows of potatoes and gladiolas and then running to meet me was my grandparent’s old dog, Tub.

These sorts of dreams feel heavy and stir emotions but they don’t make me sad because they are gifts. We have very little control in our lives about who comes and who goes and when and why. It’s the same thing with our dreams. We must enjoy who we can when we can in whatever way we can before we can’t.
Posted by DB Stewart at 7:45 AM 3 Comments

Recently, I had the great privilege of observing my very first citizenship ceremony. Over 20 people became Canadian citizens.

Those in attendance included Christians and Muslims, Blacks, Whites, Asians, English, French and several other languages too. Fathers, sons, mothers, grandparents, a few babies and toddlers. One husband very proud that now nothing could separate him from his wife. Hijab, sari, neckties, high-heels and running shoes. An RCMP officer if full regalia. A framed photograph of our Queen. One flag: Canadian. And why not one big slab of cake too? Cake speaks many languages.

The presiding judge told the candidates they were a “wonderful cozy group of people” and “at this hour, the most important people in Canada.” He explained that’s why everyone showed up: to formally “invest our trust and our hopes in you and your future contributions to this country.”

Every new Canadian received gifts: a Canadian flag, a pin and a cultural access pass which provides free entrance to museums and cultural sites across Canada for one year. Essentially, the gift is an expectation to learn more about this amazing Canada that only some have always called home. I dare say we Canadians could all use one of those passes.

The judge had several tips, recommendations and instructions. He said that “citizenship demands participation, involvement, and commitment.” He requested these new citizens “adopt our symbols, our traditions, our history, and share our values.” He asked them to “become leaders, and respect the sacrifices made in the past by women, by soldiers, by our freedom fighters.” He added that, “just like you, many Canadians originally came from different places, with different beliefs. Like them, learn to be good citizens, obey the law, and defend our country” because “you are now entitled to opportunities many countries only dream of.”

And finally, the judge explained the purpose behind this gift of citizenship: “make Canada a better place.” He noted that “with 14 different countries represented in this room, we could have a meeting after this ceremony and solve all the problems of the world.” Well said sir. Well said. Because we sure can’t do it alone.
Posted by DB Stewart at 3:38 PM 3 Comments

Email ThisBlogThis!Share to TwitterShare to FacebookShare to Pinterest
Labels: attitude, best ever, Canada, common sense, good people, how to, let's be honest, motivation, signs, think, this is my hood, zoetic

I hesitate to admit this since it makes me sound 94 years old, but I pretty much don’t do emojis. If people text me a happy face emoji or a thumbs up emoji, I gotcha. And there are a few emojis that I will occasionally use (for obvious reasons) albeit quite rarely:
-ZZZ
-thumbs down
-a gun
-a small fire, and naturally
-a shrimp.

Ahem. No explanation required for these right? Anyway, text me emojis outside this narrow collection and I have no idea what you’re talking about. Why? Well firstly, emojis are like billboards for ants, but smaller. Secondly, does the poop emoji actually enhance one's productivity/credibility? And thirdly, the real kicker is that emojis are more ambiguous than Donald Trump's foreign policy. Some examples:


One more thing. Honestly, despite the whiff of bitterness in these words, I don’t hate emojis. I love that language is always evolving and I am never against playful usage. The problem is this: clarity. Plus there’s one other problem based on a common argument in defense of emojis: they save time. You know what actually saves your time and mine? C'mon. Say it with me. If we...put...our...phones...away. :)
Posted by DB Stewart at 8:06 PM 3 Comments

Email ThisBlogThis!Share to TwitterShare to FacebookShare to Pinterest
Labels: danger, evolving, let's be honest, no, sheesh, signs, son-of-a-bee-sting, sucking the life out of life, things that deserve the stink eye, think, whoa, yeahno

Email ThisBlogThis!Share to TwitterShare to FacebookShare to Pinterest
Labels: attitude, Canada, common sense, from heartthrob to mall cop, how to, let's be honest, Northern Alberta, pea-brain, sometimes, things one should never outgrow, this is my hood, whoa, zoetic

Smoke. It's everywhere. Even though we're keeping our windows closed, it's the first smell each morning, just a hint, but always there now. And every day this week, it was visible. Despite some rain and relief today, it hangs and it dims, it darkens and it blurs.

I don't live in Fort McMurray. Nor have I ever been there. I've watched the heartbreaking video footage and heard the stories. I know some people who escaped and others still there. This is what I think about when I see its smoke, and the smoke of other fires burning in Northern Alberta, hanging over my community too. It feels like the sky weighs a little more. It's the weight of their trauma too. And it's settled on everything here. So many people need help.

Fires rage every summer now, and ever since the Slave Lake fire five years ago, I feel the foreboding. Despite living several hours away from Slave Lake, I recall standing in my backyard as ash from that fire fell from the sky. I also remember scientists warning: "it's no longer a matter of will you be affected by wildfires, it's when." When is now. For our environment and for us.

My favourite story out of this disaster belongs to an Albertan named Mohammed. He phoned the alberta@noon radio broadcast to share it. At work in Bonnyville watching the first evacuation reports on live TV, Mohammed's phone rang. He did not recognize the number but decided to answer anyway. The caller revealed he was a Fort McMurray evacuee driving south in grid-locked traffic with his wife and young children and he had dialed the wrong number. Moved, Mohammed kept him on the line and after a few moments offered his home to the stranger and his family. The caller thanked him and said he would think about the offer but soon afterward, called back to say yes and could he have the address? They arrived at Mohammed’s home in the middle of the night and moved in.

Walls come down when we realize just how much we need each other and what we can truly do for each other. Hence the incredible support from all over North America, even apparently Russia. Despite this haze hanging in the sky, somehow we see each other more clearly regardless of stereotypes, politics, culture, worldview. That fire burned across our lines.

There will be much to do when the rain finally comes, when the smoke is gone. And good riddance. But I hope not good riddance to this fire's current side-effect: kindness, consideration, and unity.
Posted by DB Stewart at 5:55 PM 3 Comments