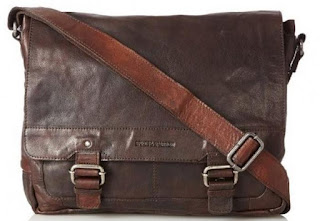 Is that a murse?!

My new man purse is getting a lot of attention. And by a lot of attention I mean like three, maybe four people have mentioned it (aka called me on it) so this is probably irrelevant and I’m just embarrassing myself again but that’s never stopped me before so anyway...one SO-CALLED friend even went so far as to completely throw me under the macho bus when he (and his mocking smile) shared this uncalled-for tidbit: “Let’s get real. It’s not a murse, it’s a purse.”

Whoa. Haters gonna hate. Oddly, I've been using a murse for over a decade and until now, in the reaction department, crickets. Sure, people have mentioned it in the past occasionally, whether to tease me or to determine if I have food in there. It’s been during those rare instances when I actually remember that it may be somewhat out of the ordinary. Only then do I wonder, is there something wrong with using a murse?

Unless it’s donuts or a cake, I don’t notice what other people carry around, male or female. Honestly, I never really thought about this much. My murse seems practical to me. I need to carry my laptop somehow. My books. Pens. A laser pointer. You know, geek swag. All those things combined won’t fit in my pockets so what else am I supposed to do?

Some of you traditionalists may be thinking, why wouldn’t you carry a backpack instead? A briefcase? Something, anything else? Sure. Those could work. But I prefer a murse. Hands free, it works for me. But here’s the thing: I don’t CALL it my murse. I guess I call it my bag, maybe even shoulder bag (like once, maybe). Why would I bother calling it anything?! It has no personality and it’s not a parakeet.

But now I realize my mistake. Because then this happened during an unprompted mini-debate about my murse: someone rebranded it as a satchel. A satchel? As in Indiana Jones (Harrison Ford) had a satchel. So HA haters… MAYBE I HAVE A SWISS ARMY-KNIFE IN THERE! Or a small rattlesnake! OR A LIGHT-SABER (wrong movie, but close enough). OR SOME JAMES BOND GADGET (again the wrong movie, but still.) Or more likely jujubes that I will NEVER SHARE AGAIN. Take that murse-haters.
Posted by DB Stewart at 6:30 AM 5 Comments 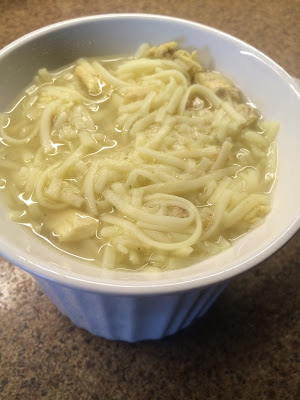 Most would agree that it's a near-perfect comfort food. Unless you're a chicken. And if you are a chicken, well, it's an abomination. Nevertheless, yum.
Posted by DB Stewart at 12:01 PM 2 Comments

Email ThisBlogThis!Share to TwitterShare to FacebookShare to Pinterest
Labels: best ever, how to, kinda perfect, let's be honest, lifelines, pea-brain, the little things, things one should never outgrow, whoa, yeahno, zoetic 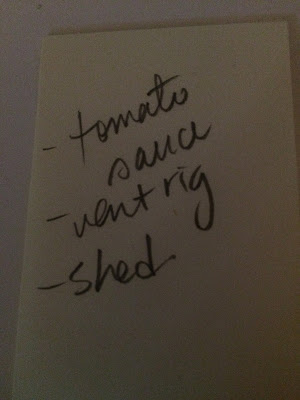 Can I recall what "vent rig" refers to in this cryptic note-to-self I just discovered? Anyone else know? 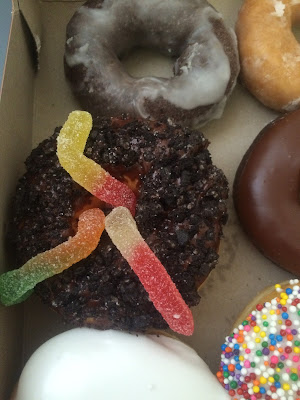 If you ask me, those are quite deep frideas.

"Treat everyone as if they are carrying a box of donuts." ~Josh Hara
Posted by DB Stewart at 6:36 AM 1 Comments

Email ThisBlogThis!Share to TwitterShare to FacebookShare to Pinterest
Labels: ?, danger, idiot-geniuses, let's be honest, mistakes, no, quotes, snacks, sugar, things that are most likely the devil, things that deserve the stink eye, weapons of mass confection, whoa, wordfuse, yeahno

Let's talk turkeys, shall we?

Even though I’m terrified of turkeys, I once read a storybook about a turkey living on a farm. It’s almost Thanksgiving and so naturally, the turkey is a tad worried. While being chased by an axe-wielding farmer, the turkey disguises himself as various other farm animals to avoid the axe. For example, he rolls around in the mud pretending to be a pig. The farmer sees through this and every other one of his ruses but just before the axe can fall, turkey’s farm friends yell, “Run turkey RUN!” Spoiler alert: the turkey manages to dodge the farmer and the family has grilled cheese sandwiches for Thanksgiving.


Okay that last point might be a tad harsh but it’s borne from my hatred for turkeys (at least those not basted with butter, stuffed with bread, and about to be served on a platter with potatoes and carrots). Anyway, here’s something else I think we can all learn from this story:
(If you're a Canuck like me, a happy Thanksgiving to you this weekend!)
Posted by DB Stewart at 8:14 AM 2 Comments

Email ThisBlogThis!Share to TwitterShare to FacebookShare to Pinterest
Labels: attitude, Canada, fathering, happiness, how to, hunting, irks, let's be honest, mistakes, motivation, no, pea-brain, perception, problems, sheesh, snacks, some people, things that are most likely the devil, zoetic 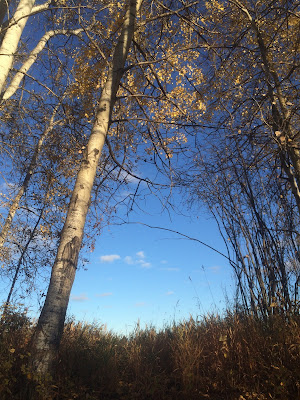 We all tend to forget that the outside is speaking to us. Its language may be deceptively quiet but those whispers linger.

Most people love trees. I do. Sure, they provide the essential oxygen, offer the shade, provide the resources. It’s all vital to survival. But it’s more than that too. People want neighbourhoods with big established trees. We try to save them. Kids love them. They teach us about change. They are reliable. They are resilient. They are potential. They mark our history. The only piece of my childhood home that I still claim is the tree I planted there when I was ten. When we want to remember someone, we plant a tree. (If I were gone tomorrow, I would hope someone plants a tree for me.)

But there’s something else too.

The poet Rilke wrote, “These trees are magnificent, but even more magnificent is the sublime and moving space between them, as though with their growth it too increased.” That’s the feeling I’m thinking about...that feeling of being surrounded by trees...that space among them, it’s alive.

Japanese culture has a word for this: “shinrin-yoku,” which means “forest bathing.” I’m a firm believer that one fantastic word can impact our thinking like, well, like when a tree falls and then everything looks suddenly different. This is one of those words. Picture yourself inside those places in the forest where the trees seem to lean in as if gazing downward as we pass. We all know that feeling. The air cools, the light changes, the scents swell, and there’s a calm. But why is it so calming? Science says the trees bathe us in chemicals they emit to ward off insects and slow the growth of bacteria. Science says when humans are exposed to these chemicals they lower blood pressure, relieve stress, and boost cancer-fighting white blood cell production. Think about that. Literally, trees heal.

Therefore friends...go outside. Forest bathe. Mend yourself if you can. Find some peace. And then be peaceful with others.
Posted by DB Stewart at 3:11 PM 2 Comments