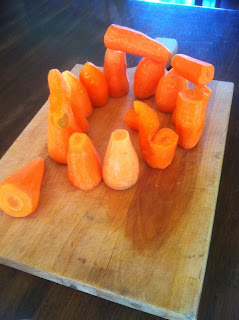 fun with carrots aka Carrothenge.

We have this weird cactus. We've had it for over a year. Last summer it grew the strangest buds. They looked like thistle-tufts that were about to go to seed. Like grey cotton balls after they visit their hairstylists gave them all some sort of mini mohawks. Like tiny Truffula trees without their trunks. (Dr. Seuss would have loved this cactus.) Sadly, they also reminded me of creepy baby mice.

And then it got even weirder.

They blossomed. This long arm reached out from that grey fuzz on that cactus and then a day or two later it bloomed this white lily type flower. It looked like paper origami, petals cut very carefully. The smell? Like the softest whisper of the most alluring perfume. I’m not sure I've smelled much better than that smell.

After a day or two: gone.

Cut to over a year later. We forgot about this cactus after its odd blooms. Then one day we noticed it in another room. My wife suggested we throw it out. It was no longer round and full. It had shrunken and wrinkled a bit. I’m the one in the family who keeps the plants alive (or revives them after neglect) so I protested and by protested I mean I gave it approximately a measly ¼ cup of water and put it on my desk.

And then a few weeks ago it began to grow. Seriously grow. Three or four centimeters at least so far. And it’s changing shape, no longer round and squat but taller and thinner, a green triangle. I’m kind of jealous in fact. And one more thing: it’s covered it tiny tufts.

Two things about our freaky little cactus:
1. What the crap is this thing?!
2. Don't ever give up. Things do change.

(I have been afraid to believe #2 for a long long time now. But I think, mostly, some days, here and there, even though I am probably wrong, I'm starting to believe again. I hope the same for you if you need the same hope, I do.)
Posted by DB Stewart at 9:57 PM 5 Comments 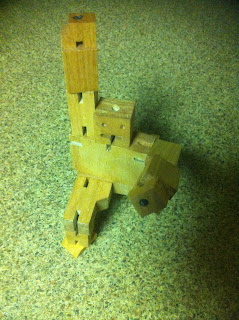 Do it. Do it at least once a day. Don't wait. Do it now. It just automatically makes a person feel better. Guaranteed. 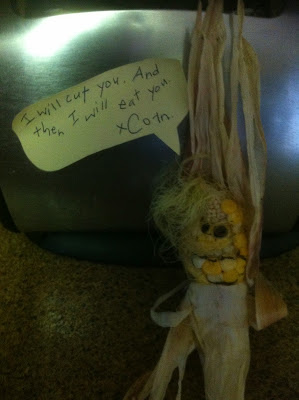 what we just found in our garden.

We are definitely not farmers. Believe it or not that freak show propped up against our toaster and hissing like a...(Ok, ok. It's not hissing but it looks like it would hiss my face off if I let it.) is an ear of corn.

Yup. Delicious corn. But our corn is ugly as shit. And quite frankly, terrifying.

At least I have a Halloween costume idea now. And a new character dancing through my nightmares.
Posted by DB Stewart at 5:55 AM 6 Comments

Email ThisBlogThis!Share to TwitterShare to FacebookShare to Pinterest
Labels: arts, how to, let's be honest, poop, things that are most likely the devil, things that deserve the stink eye, whoa, yeahno 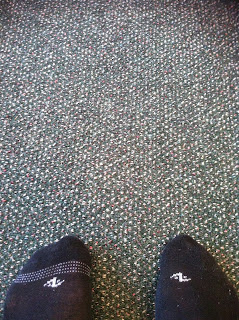 In my defense, they're pretty close though. Same colour. Siblings, just not twins. Therefore, I am not old (nor am I nine or less).

#keeptellingyourselfthat
Posted by DB Stewart at 11:44 AM 4 Comments

Don't you hate it when someone points out your so-called "glaring" ignorance or even your mild misunderstanding? Like how was I supposed to know the Hawaiian alphabet has only 12 letters. Ok, maybe there's 13; I still haven't sorted this all out.

That's why there should be (and now is) a word that one could use as a comeback to be said quietly so as to mask that the retort is loaded with passive-aggression. Not that I'm condoning that sort of behaviour. Nobviously.
Posted by DB Stewart at 11:12 AM 6 Comments 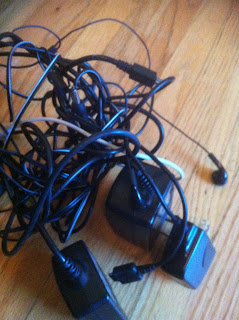 de-tangling headphones (and such).

Email ThisBlogThis!Share to TwitterShare to FacebookShare to Pinterest
Labels: #hashtags, fathering, fiasco, nuts, plastic crap, some people, sucking the life out of life, things that are most likely the devil, things that deserve the stink eye, whoa, yeesh 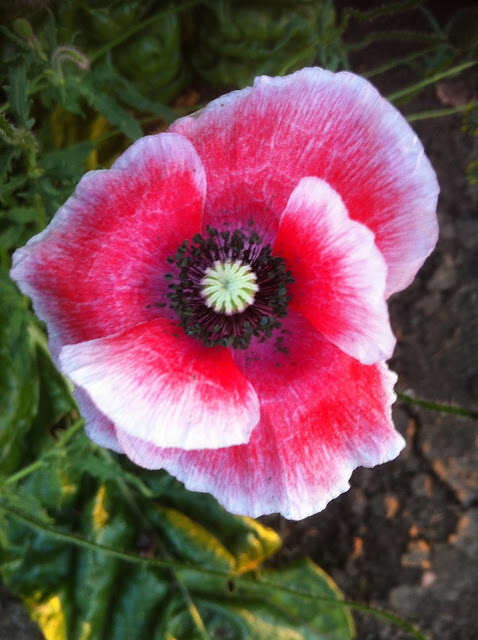 Chronologically, it's nearly autumn. Yet temperatures range from the high 20s to the mid 30s. This is rare where I live. There's a lot of buzzing. It's like September didn't get the memo about Fall.

Despite everything that's so so wrong with it, sometimes the world just grabs you by the lapels and turns you toward it until you lift your eyes and connect and then it whispers, pay attention pay attention to this. See the beauty? See the wonder? See the surprise? And so you do, you just absorb the everythingness just when you thought you had seen it all, just when you need it and all those things you wanted more than you could possibly have, well they fade away again and for a while you can see things as they truly are then gratitude, gratitude, gratitude. 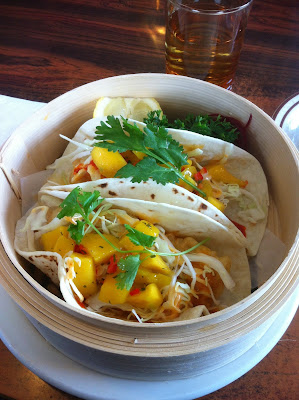 daring to eat the food at a dive.

Email ThisBlogThis!Share to TwitterShare to FacebookShare to Pinterest
Labels: #hashtags, arts, best ever, finally, kinda perfect, Northern Alberta, nuts, things one should never outgrow, this is my hood, whoa, zoetic 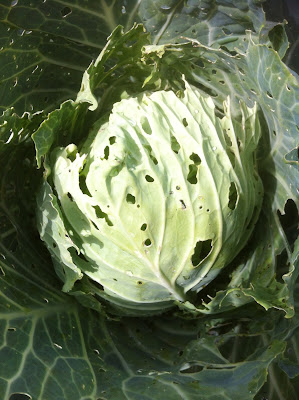 We stink. Seriously. We really do sometimes. In more ways than one. Think about it.

Also, like cabbage, we have so much potential when we're planted. And despite so many obstacles we grow. But we have all the scars to prove it: damn cabbage butterflies and their maggoty-worm babies. And thus we can be really bitter too.

And like cabbage, there's something just so beautiful at the core of almost every one of us if only we can shed this skin and open ourselves up to the sun and stop being so damn afraid of everything about this messed-up, devastating, dazzle-bonkers wonder-of-a-world of ours.

But then what? How does the series end? We end up coleslaw.

Still, if you think about it--coleslaw, like life, is darn tasty stuff when you can get it and while it lasts.

"Life isn't about finding yourself, it's about creating yourself." ~George Bernard Shaw
Posted by DB Stewart at 1:53 PM 4 Comments 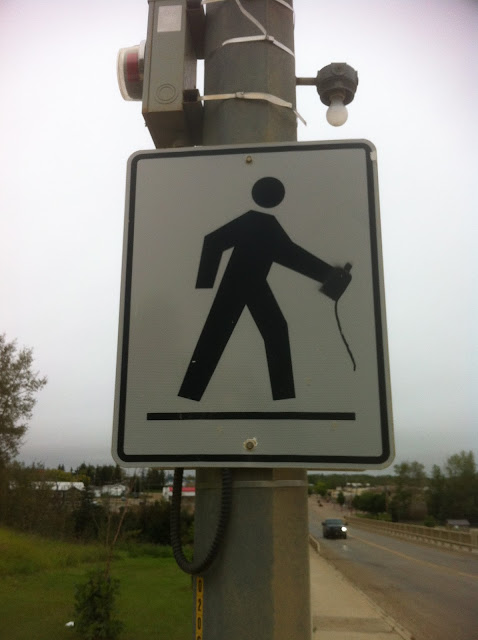 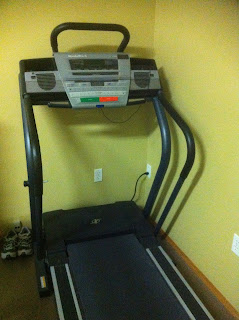 Email ThisBlogThis!Share to TwitterShare to FacebookShare to Pinterest
Labels: #hashtags, evolving, let's be honest, mistakes, motivation, no, plastic crap, snacks, stress, sucking the life out of life, sugar, things one should never outgrow, things that are most likely the devil, yeahno 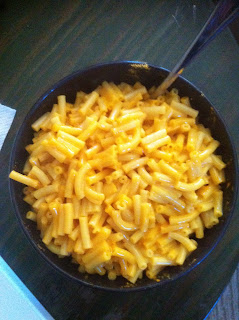 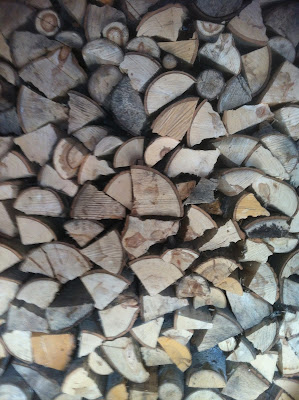 Email ThisBlogThis!Share to TwitterShare to FacebookShare to Pinterest
Labels: fathering, finally, heart, how to, ingoing, let's be honest, motivation, signs, some people, sometimes, things one should never outgrow, this is my hood, working, zoetic
Newer Posts Older Posts Home
Subscribe to: Posts (Atom)