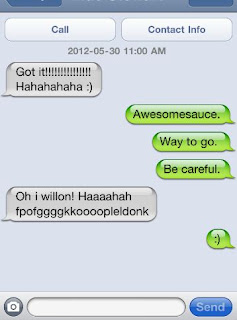 This is what the text looks like when a 16 year old passes his driver's test....

He's not home yet. I'll keep you posted. 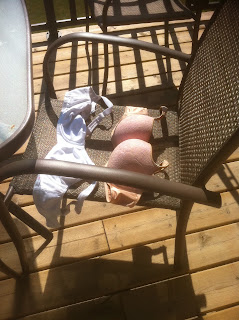 I'm sure there must be a very good reason why my wife put a couple of her bras on the backyard deck to, uh, sunbathe?

Email ThisBlogThis!Share to TwitterShare to FacebookShare to Pinterest
Labels: ?, #hashtags, brainfart, idiot-geniuses, men and women, odd, stumped, the wife, things that deserve the stink eye, think, this is my hood, weird, whoa, yeahno 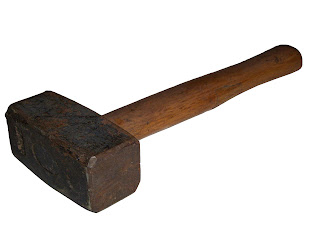 Last weekend, I attempted to do yard-work with my 16 year old son. Mistake. But not for the reasons you might think. Overall, he was very helpful. However....

First, he had to shovel dirt faster than I shoveled. (Somewhat amusing.) Then he had to crash his wheelbarrow into my wheelbarrow and try to knock it over. (I must admit I enjoyed this for a while.) But then he had to overhand fling the sledgehammer just to see how far he could fling it. And then...well suffice it to say I might be too old now to apprentice Thor's little brother in landscape design.

It's not just yard-work though. You should see the look in his eyes during anything physical now. I remember this high energy period in my own life. I know his body is constantly revving but I swear his brain contains it's own starter pistol, and some days, not much else.

Here's the worst part though, the part that really irks me. After all that manual labour, he wanted to play ball, go for a bike-ride and shoot hoops. Meanwhile, my hands were already so stiff from hammering rebar that I could barely fasten the button on my pants.

I tend to avoid people who gloat. Braggarts exhaust me. My immediate compulsion is to disappear. It's yet another circumstance where I would love a magic remote control so I could press the pause option and interrupt all that showboating thus allowing me to, uh, pull an (e)scapegloat.

What do people have to gloat about anyway? It's just not Canadian boring.

I only recall one sustained gloat-fest encounter from which I couldn't escape. Many years ago we invited some new neighbours over, a couple we thought we might have a lot in common with but had never socialized with before. After dinner we were talking about something, the women in one room, the men in another (as usual, sadly) when suddenly the gloater randomly asked me if I wanted to see his American Express gold card.

I laughed in his face.

This was followed by an short awkward pause during which I searched his eyes for some punch line and then with my questioning eyes I remember whispering "seriously?" Oddly, he was not at all phased by my reaction. So what's a guy to do when confronted with some weird-ass dominance hierarchy scenario in his very own living room? Being poor and completely disinterested in this sort of posturing and clearly happy to be the beta male in this situation, I shrugged my shoulders and nodded as he opened his wallet. I recall chuckling somewhat still wondering if he was just messing with me. But nope. He was indeed serious, obviously blinded by some sort of clinical case of "gloatitis," because after the exalted card was held up like the Lion King he then provided, verbally, an itemized list of purchases, the insane cost of his wife's engagement ring, blah, blah, blah....

Yup. That was the first time I met Donald Trump. *wink* I realize now he may have pissed on one of my trees before he left my yard that night. Anyway, we didn't invite them over again after that. My wife and I don't enjoy gloat-cheese.

Here's an idea: instead of a gloat button, why not a whoop-whoop button? There's nothing wrong with celebrating one's accomplishments but as the saying goes, "flattery is all right as long as you don't inhale."
Posted by DB Stewart at 10:56 AM 13 Comments 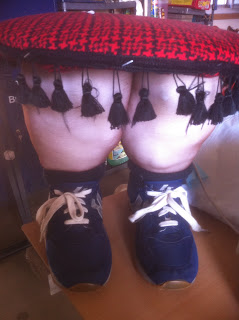 awesome things that deserve the stink-eye! 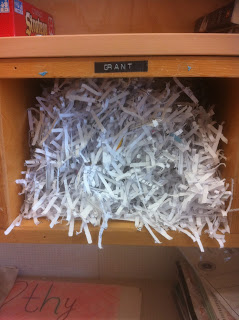 Take a shenanigander at what's in your mailbox Grant. Looks important.

Email ThisBlogThis!Share to TwitterShare to FacebookShare to Pinterest
Labels: ?, #hashtags, how to, idiot-geniuses, kinda perfect, some people, the little things, things one should never outgrow, wacky scientists, wordfuse, zoetic 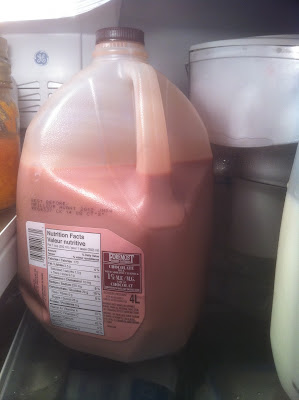 drinking chocolate milk right out of the carton.

Email ThisBlogThis!Share to TwitterShare to FacebookShare to Pinterest
Labels: #hashtags, best ever, chocolate, danger, fathering, how to, snacks, sugar, things one should never outgrow, yeahno, zoetic

This is what I think we should call it when we fail to see (or choose not to see) what an excellent opportunity a negative experience can be and thus miss or dismiss a chance to grow and change.
Posted by DB Stewart at 6:57 AM 9 Comments

Email ThisBlogThis!Share to TwitterShare to FacebookShare to Pinterest
Labels: #1 thing I learned, attitude, bitter Sunday moment, damn sheep, fathering, how to, knowledge, mistakes, signs, sometimes, sucking the life out of life, think, wordfuse, you get what you give 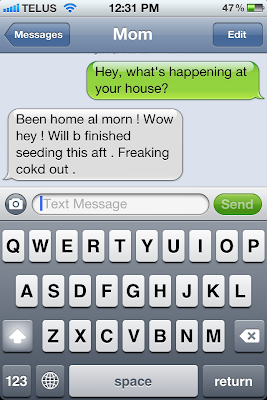 Email ThisBlogThis!Share to TwitterShare to FacebookShare to Pinterest
Labels: ?, #hashtags, best ever, danger, grandparents, memorable family moments, mistakes, odd, some people, things that deserve the stink eye, this is my hood, whoa

Is it just me or does the hallway in the hotel I'm currently staying in suspiciously resemble the hotel in The Shining?

Email ThisBlogThis!Share to TwitterShare to FacebookShare to Pinterest
Labels: ?, #hashtags, danger, pea-brain, signs, son-of-a-bee-sting, things that are most likely the devil, this is my hood, weird, whoa, yeahno 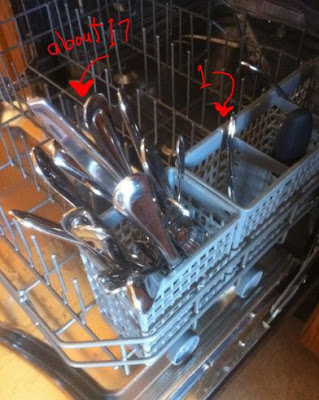 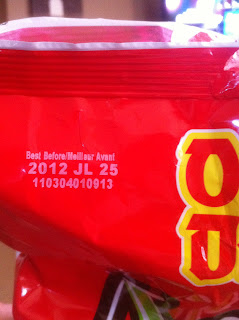 Pshaw. Yeah right Old Dutch. Well played, well played. Chips in our house never make it to the next day let alone the expiry date. Ditto everyone else's house I'm pretty sure. And you evil-corporation-whose-sole-purpose-is-to-keep-the-masses-addicted-to-mmm-deep-fried-salty-snacks know it.

On a loosely related note, I once drove by a potato chip factory in Prince Edward Island. Um yeah. And I am not embarrassed to say I remember it better than Anne of Green Gable's House. You know something? I bet heaven smells like chips. *hangs head in shame* 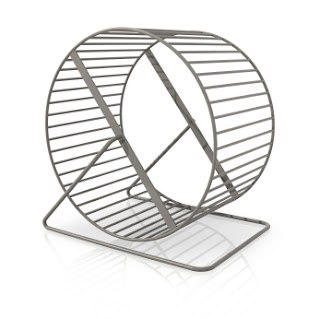 Yet, to be honest, it wasn’t always this way. It’s true that as far back as I can recall I have been lost in my thoughts. And that was my preferred hang out. Quite comfortable. Quite safe. Quite inside my own box.

For many of those early years, I was so stuck in my own head there was no one but myself to expand my thinking. In other words, my thinking was like a hamster on a wheel: exercising, but getting nowhere.

This is why I am sometimes prone to narrow thinking. And because I’m aware of that, it’s also why narrow thinking makes me claustrophobic. I need to give my head a shake every now and again. We all do. But do we?

Imagine life’s challenges without the influence of great thinkers and their wisdom. This is why I believe we need thought-leaders. Thought-leaders with credentials. Think about this. When I reflect on those first influences who planted seeds that actually grew into thoughts, I realize something about myself with complete clarity: I used to be an idiot. (And I still have a way to go.) In fact, considering those early thought-leaders, it’s a wonder I can think at all:
1. The Swedish Chef.
2. My cousin who liked to boil frogs.
3. A kid at school who made stink-bombs.
4. Pac-Man.
5.Gilligan.

Other than the Swedish Chef, a tad feeble. (And I'm surprised I didn't become a terrorist.) But that was then and this is now and that’s my message: it’s never too late to be influenced by great thinkers and even become one yourself. I am in awe of all the people who make me think now. Every day. My hamster has finally left the building.

So...I’m wondering if you’re wondering too. Who are the thought-leaders in your life?
Posted by DB Stewart at 11:06 PM 7 Comments 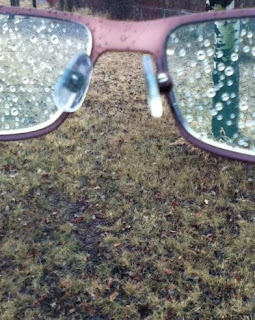 walking in the rain.

There's an elderly couple who live down the street. They're probably around 80. Minimum. Almost every day I see them walking to or from the local coffee shop. Even in the winter, her big, wide coat is unzipped. He always wears the same plaid jacket. Sometimes they hold hands. But usually they are arguing. She will be ten steps ahead barking at him to hurry up. He will attempt to mess with her by navigating off the street in some random wayward direction which must be a regular game for them because she periodically stops, turns and shoots a withering look at him. Or shouts. That's his cue to freeze. Then he corrects his steering and continues toddling behind her.

They might be insane. And even though they're kind of cute, possibly even somewhat adorable, they scare the crap out of me.
Posted by DB Stewart at 11:33 PM 7 Comments

Email ThisBlogThis!Share to TwitterShare to FacebookShare to Pinterest
Labels: ?, attitude, danger, loonie, some people, things that deserve the stink eye, this is my hood, wacky, weird, whoa, wordfuse, yeahno 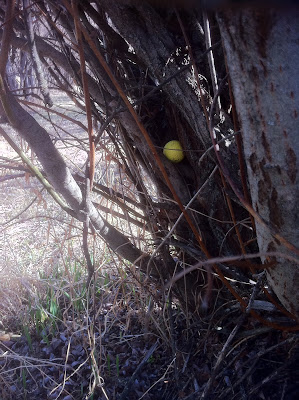 This is why I don't go golfing much. 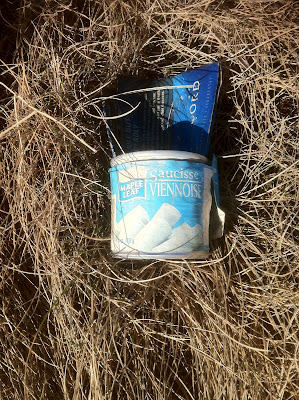 Nothing says classy like eating your can of Vienna Sausage (Saucisse Viennoise), then finishing your last smoke followed by shoving your empty cigarette package in the can and throwing it out your truck window so that on the first weekend in May a volunteer, attempting with a group of other volunteers to beautify the community, can pick up your Top-Chef-immunity-challenge-type-garbage and throw in the trash for you. Nope. Nothing says classy like that. 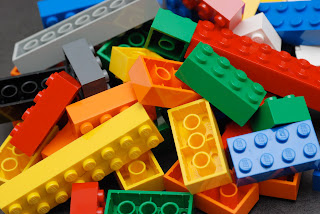 It's that socially awkward aha moment when you suddenly get the joke, but it's also the moment when you realize that everyone else got it, like 30 minutes ago. And they're all staring at you. Ahaaaaawkward. 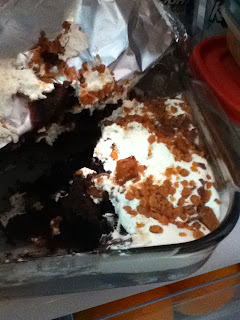 when the in-laws drop off death-by-chocolate because they don't want all that too-tempting, artery-clogging food in their own home and they know that we, collectively, have the willpower of a lemming. And by we, I mean me. (I am the lemming.)

#midnightsnack
#thisdessertcomeswithdiabetes
#sigh
Posted by DB Stewart at 12:02 AM 5 Comments