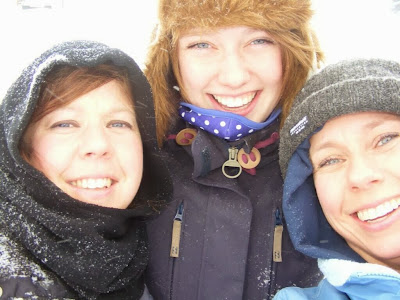 marveling, especially at the women in one's life.
Posted by DB Stewart at 1:44 PM 6 Comments

Email ThisBlogThis!Share to TwitterShare to FacebookShare to Pinterest
Labels: fathering, good people, heart, kinda perfect, let's be honest, men and women, some people, sometimes, the wife, things one should never outgrow, turkeys, yeahno, you get what you give, zoetic

What does the room say? 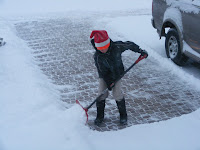 What does your home mean to you?

Or maybe your home is quite simply and profoundly all the collective things that comprise your heart. This is the time of year to be at home. Whether it’s calm or safety or warmth or family or memories, home can be the very epicenter of comfort. Yet not for everyone. I hope, right now my friend, that home is more things good than not.

No one told me how to make my home. And yet, I figured it out. Most likely all those forts I built as a kid were the prototype. I knew it needed to feel like a nest: warm and dry, encouraging both flight and return. I knew I needed a place to be creative. A place for quiet. A place with plenty of sunlight. A place where my friends felt comfortable too. A place where we could all be ourselves. A place where we could talk about anything and everything we wanted. A place to play. A place for good friends and family to share laughter and ideas and pumpkin bread pudding. A place for the family I created who created me. And a place to say thanks for that and for everything.

There’s a saying about finding all the answers in your room...The roof says “aim high.” The fan says “be cool.” The clock says “every minute is precious.” The mirror says “reflect before you act.” The window says “see the world.” The door says “push hard to achieve your goals.” And so on. But I wonder, what would the whole room say? I think it might say “this is all much much too temporary."

But for happy now and happy today there is you, there is me, there is us, there is we. Home.
Posted by DB Stewart at 5:49 AM 7 Comments

Email ThisBlogThis!Share to TwitterShare to FacebookShare to Pinterest
Labels: ?, arts, attitude, good people, heart, how to, kinda perfect, let's be honest, perception, quotes, some people, sometimes, the little things, think, this is my hood, zoetic

mobilizing for a common cause aka drinking beer with your buds and impressing them with the new bagpipe app on your iPhone!

Every organization needs that person who is vital to its blooming success failure. See Rob Ford. Or this guy and his 22 presidents and vice presidents. 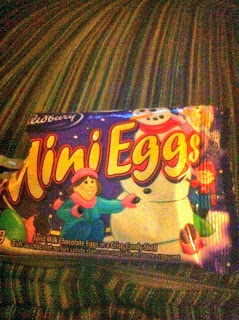 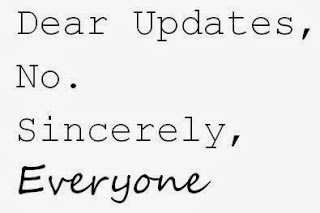 (Awesome) Things that deserve the stink-eye: 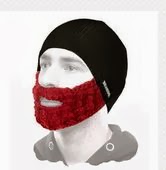 a beardo. I want one of these, and I want a Scottish ginger beardo. Is that weird? Anyone else? Anyone? 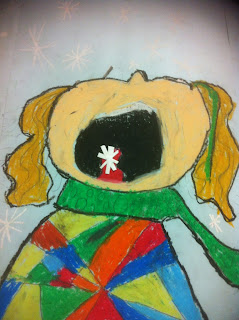 snowflakes on your tongue. If you don't remember why, ask a kid.
Posted by DB Stewart at 5:22 PM 5 Comments 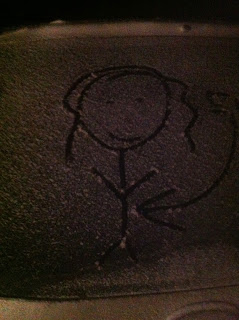 hmm. I'm just not sure what message someone is trying to send me via the snow on my windshield. Lose your belly fat? Get a haircut? I like your sidelocks? Your head is much much too big for your body?

Forget about lemons and lemonade. Sometimes life just feels like one big old greasy bowl of Sunday morning goop. What’s a person to do about that? I say make waffles.

Waffles just might be the secret to everything. Think about it.

1.      Got too much syrup? Waffles.
2.      Pants too tight? One waffle.
3.      Did your flu shot needle hurt? Prescription: waffles.
4.      Did you miss out on cyber Monday because you didn't even know there was a cyber Monday? (Me too.) No worries: waffles.
5.      Long, long day? Waffles. Or better yet: Irish Cream waffles.
6.      Someone used yet another acronym you don’t know? IDK, waffles.
7.      Table with one leg shorter than the rest? Pancake.
8.      Your best tweet ever is a couple of characters over the 140 limit? Waffl.
9.      Your dishwasher has been inoperable for over a month? Waffles on paper plates.
10.  Bite your cheek? Cream cheese waffles.
11.  Your team loses yet again? Waffles and bacon.
12.  Upset stomach? Gluten-free waffles.
13.  Struggle with math? Mini-waffles plus one knife plus one infinite imagination.
14.  What to cook that annoying someone who consistently flip-flops depending on the topic and/or who’s present? With a wry smile, serve waffles.
15.  Nothing to make for supper? Pretty much that IS the universal signal for waffles.

And finally an inspirational quote, by me, “Keep calm because waffles.”
Posted by DB Stewart at 5:35 AM 3 Comments

I'm a cat fan. Always was. I grew up with cats: Tig, Mouse & Bigfoot. Even Satan. I get it. Grumpy cat is really quite ingenious. And I appreciate a cute internet cat pic meme. I do. But cat throw pillows? Especially for a mere $71.95? I'm sorry folks but I've reached my catpactity.
Posted by DB Stewart at 10:19 PM 5 Comments