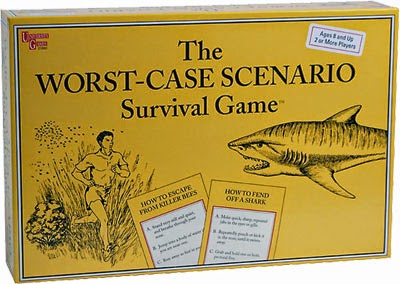 This is a board game?

Worry-warts rejoice. (Actually it sounds fun if there are zombies in addition to those killer bees. Uh oh...I just had a thought...zombie killer bees. Whoa.)
Posted by DB Stewart at 11:13 PM 2 Comments

providing temporary shelter for those who may need it.

Every bird needs a roost, so why not an indestructible roost? An iron roost? A roost built for a tornado? A birdhouse made in welding class? One that weighs 40 pounds? One that will exist for 100 years? Indeed, why not?
Posted by DB Stewart at 12:19 PM 1 Comments

Things that (think I) deserve the stink-eye? 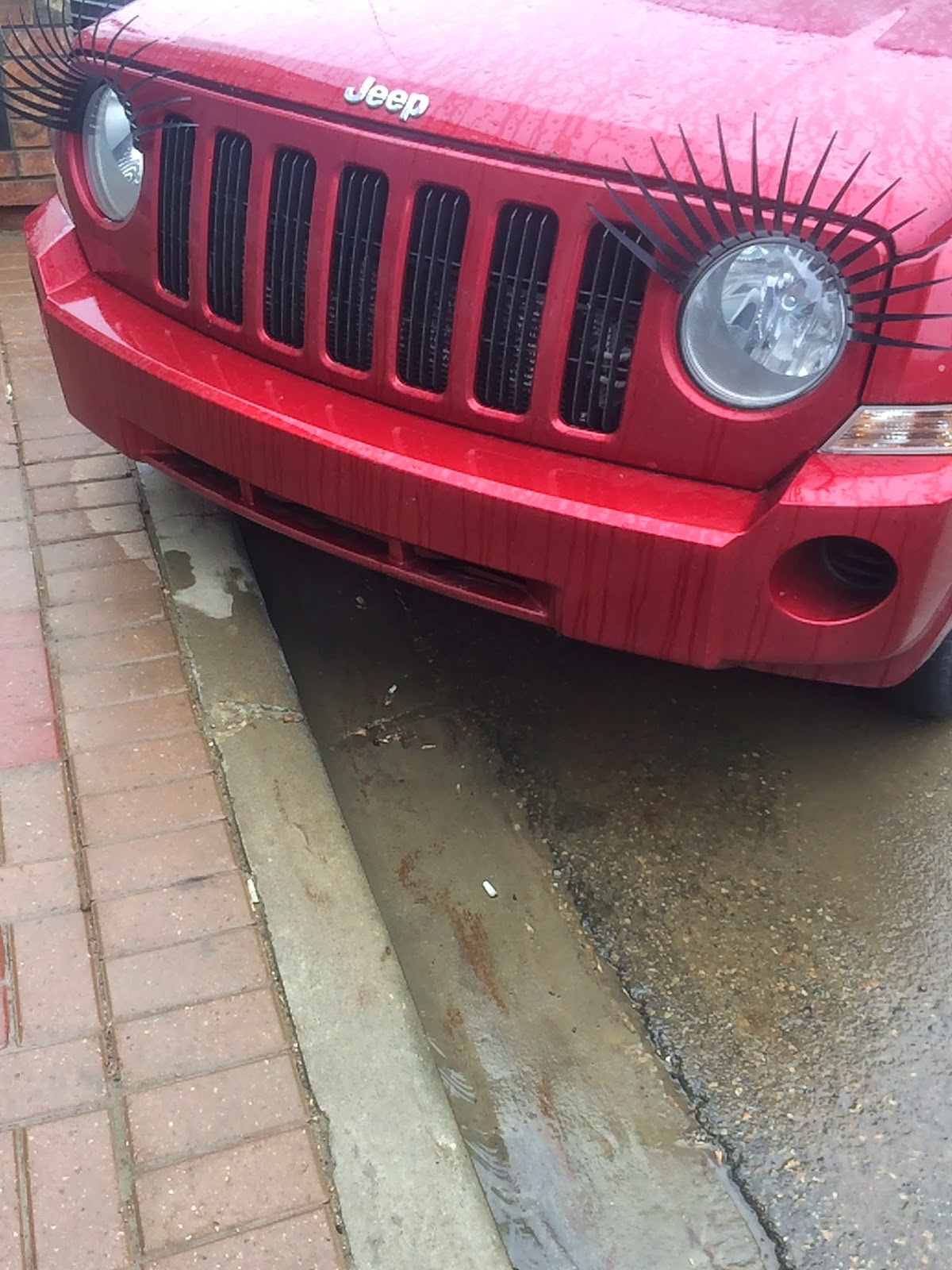 Email ThisBlogThis!Share to TwitterShare to FacebookShare to Pinterest
Labels: ?, arts, attitude, how to, idiot-geniuses, men and women, mistakes, motivation, no, Northern Alberta, odd, pea-brain, plastic crap, these, things one should never outgrow, things that deserve the stink eye, yeahno 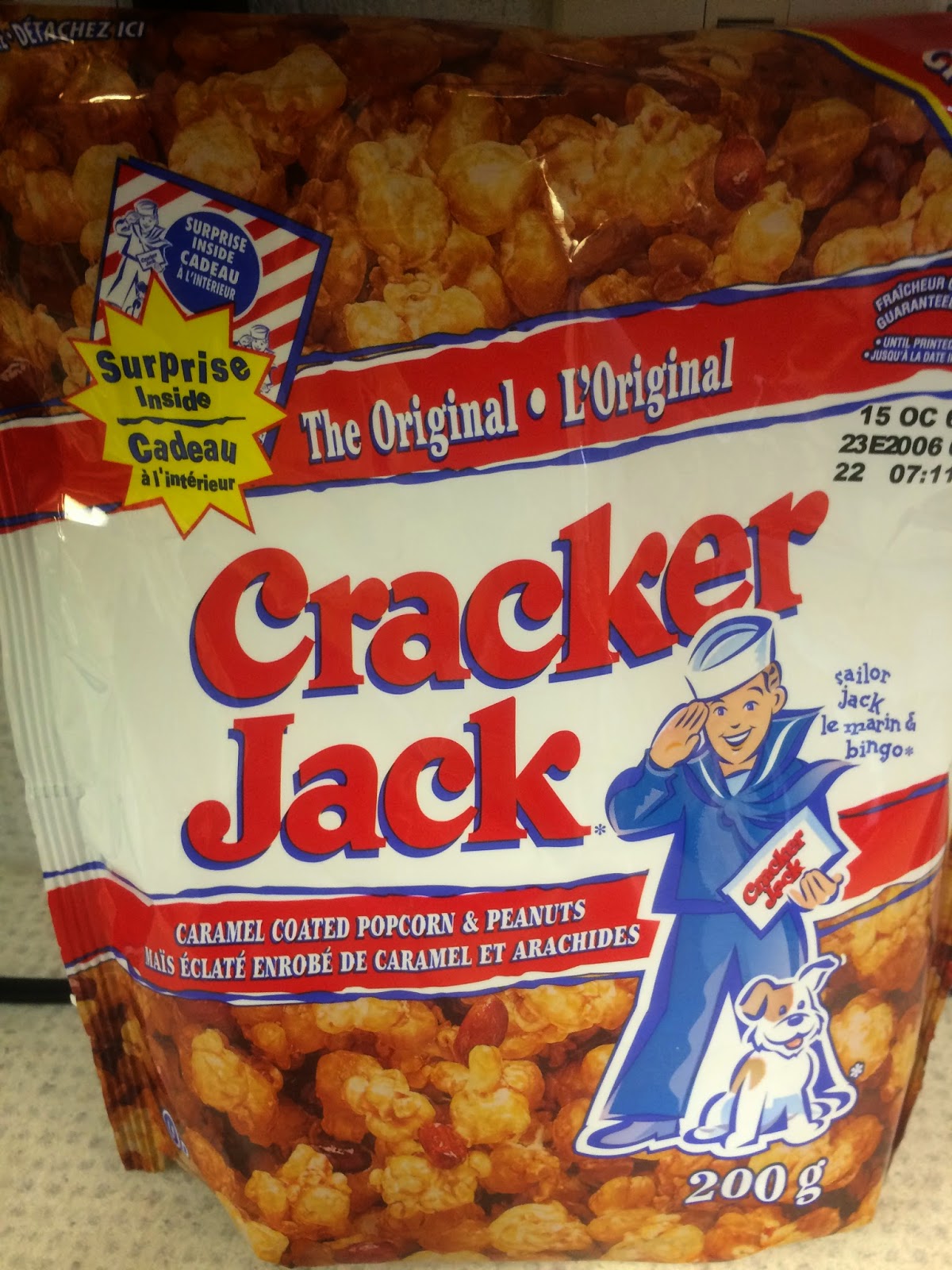 I bought these much-too-expensive Cracker Jacks so I could enjoy me an innocent little time-travel-trip back to my boyhood but instead all I got was:
a. about 6 peanuts.
b. a cheap sheriff sticker (instead of the sheriff badge like I deserved, I mean come on).
c. annoyed because I wore my sheriff sticker but it must have fallen off after about ten minutes and then I couldn't find it and thus I didn't get to be the sheriff for very long.
d. about 1000 calories and bummed.

Sometimes being a grown up is unnecessarily hard.
Posted by DB Stewart at 12:50 PM 2 Comments 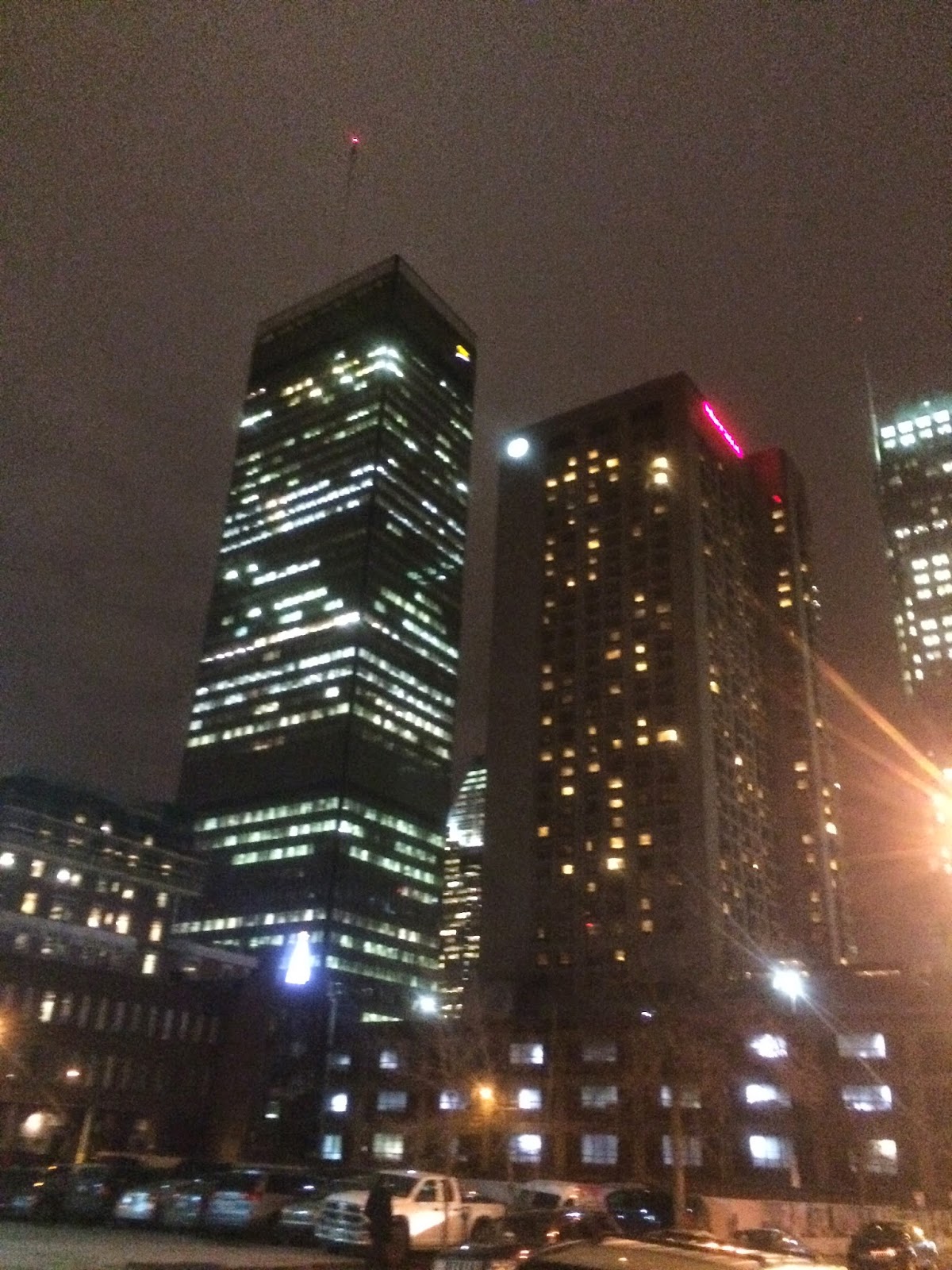 We had to be through security by 6 a.m. so my wife and I exited our Montreal hotel room around 4:45 to catch a shuttle bus to the airport. In the elevator with us that morning was a young woman with long shiny brown hair almost down to her waist. She kept her head down, her manicured left hand held a clutch purse and although we did not make eye contact, I could see from all the mirrors her obvious beauty. Probably not yet 20 and thus not much younger than my own daughter whom we had only moments before left sleeping in our hotel room, I wondered why she was awake so early. Rushing to some job maybe? A lifeguard shift?

We checked out and left. Our suitcases rolling along behind us on a wet Rue Drummond, we walked toward the Bell Centre and then a few blocks along Boulevard Rene Levesque, the sun not much more yet than suggesting morning. We saw her twice during that short trek to the bus stop.

The first time we encountered her again was almost immediately after we left the hotel. She stood smoking a cigarette along that first street. She seemed to be waiting for someone.

The second time we saw her was from a distance while we stood at the bus stop looking up the street hoping that indeed this promised bus would come. She was clearly weaving as she walked, some sad substance traveling through her veins. As she wandered closer and closer, I hoped she would join us and catch the same bus and it would take her safely somewhere. Home? And then suddenly I remembered myself, just a kid, waiting for my school-bus one morn, fascinated by the thick fog around me like a cloud closing in until a few moments later when I spotted a wolf out the bus window barely visible across the road in that same fog and then all the goose-bumps rushing up and down my skin like cold water.

She weaved around us and down the street and either helpless or foolish, I don’t know, we watched her until she disappeared and all I could think about was all the missing Indigenous Canadian women but also their parents and their kookums too and my own children and aren’t we all just each other’s children in this immense indifferent country?

Despite all the wonderful things I enjoyed in Montreal for almost a week, this is my strongest memory.
Posted by DB Stewart at 10:19 PM 3 Comments

Email ThisBlogThis!Share to TwitterShare to FacebookShare to Pinterest
Labels: ?, Canada, facade, fathering, grandparents, heart, mistakes, stumped, things one should outgrow, think, this is my hood

Are all bagels the same? 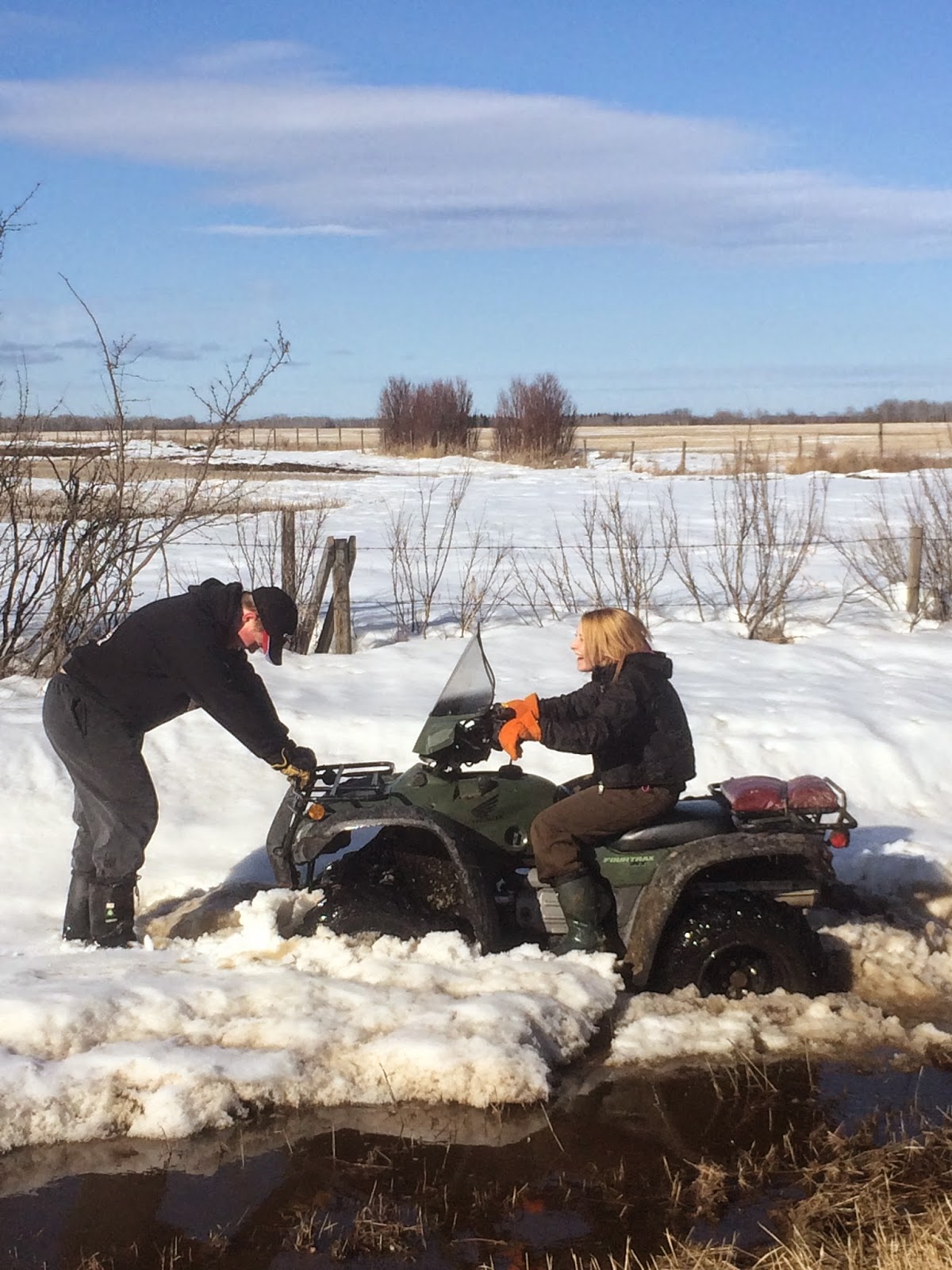 breaking trail,  (despite obstacles and unexpected challenges).
Posted by DB Stewart at 10:09 AM 3 Comments

Sometimes lemonade is more complicated than it should be. Make it anyway.
Posted by DB Stewart at 2:54 PM 0 Comments

Email ThisBlogThis!Share to TwitterShare to FacebookShare to Pinterest
Labels: attitude, fathering, happiness, how to, let's be honest, mistakes, motivation, patience, perception, problems, things one should never outgrow, think, whoa, wordfuse, yeahno, you get what you give

Email ThisBlogThis!Share to TwitterShare to FacebookShare to Pinterest
Labels: ?, best ever, bummer, how to, idiot-geniuses, kinda perfect, motivation, no, pea-brain, snacks, the little things, these, things one should never outgrow, things that deserve the stink eye, whoa
Newer Posts Older Posts Home
Subscribe to: Posts (Atom)