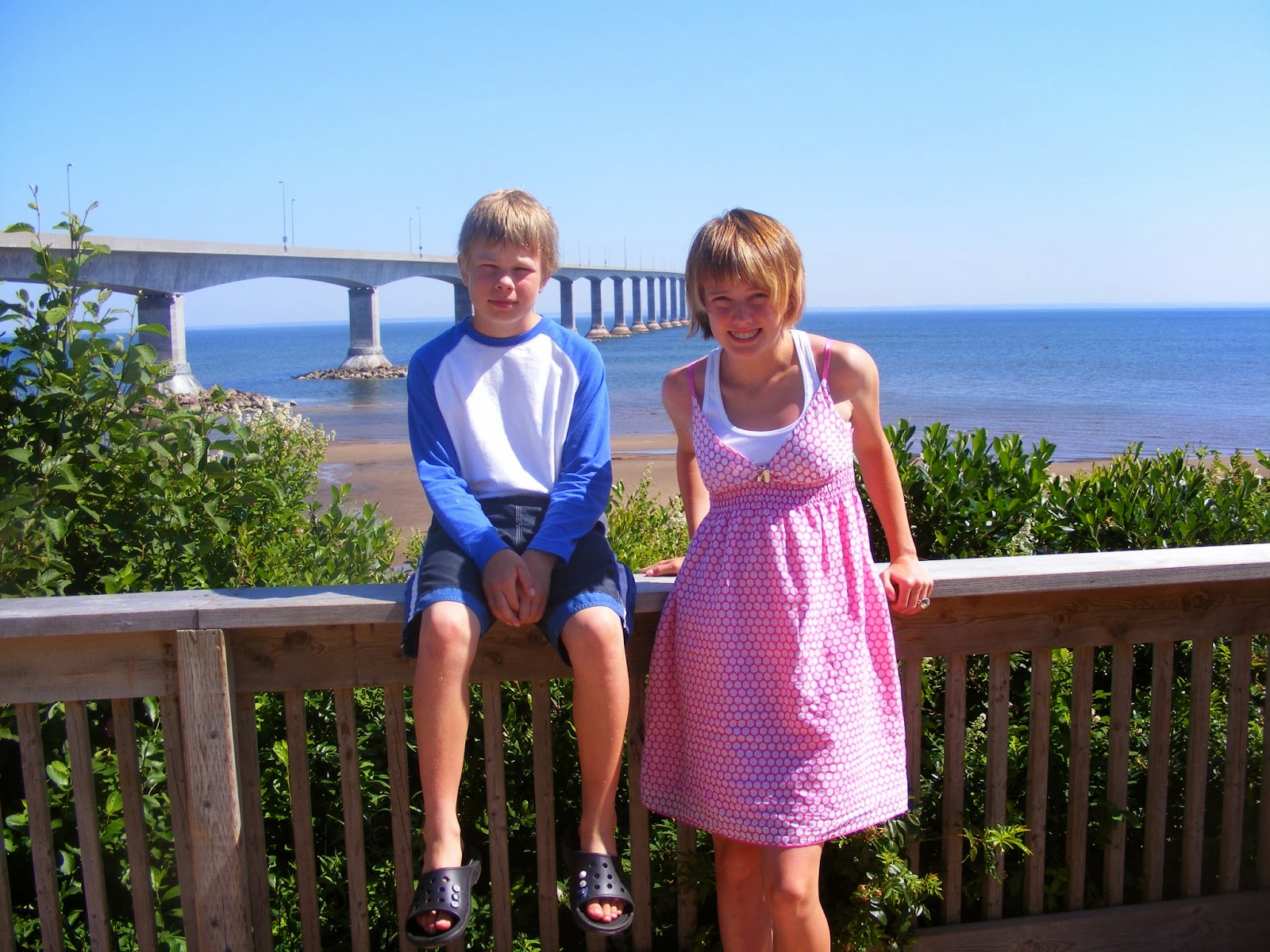 In six months both my kids will be gone.

By "gone" I mean moved out and on their own living far away continuing their education beginning a new phase in that self-sufficient independence we've been training them for since they were born.

How did this happen?


This is one of my favourite photos of our kids. On a sunny July morning, getting close to almost a decade ago now, we crossed the Confederation Bridge from Prince Edward Island to New Brunswick nearing the end of a Maritime family vacation with terrific friends and we all remember it so, so fondly.

This day especially. My daughter appeared that morning wearing that pink dress I don't recall ever seeing before and it startled me for a moment because she didn't look like such a little girl anymore and yet she moved along our walk on that red-sand beach that morning like any child would, discovering this, discovering that, laughing, playful and carefree. A little later that morning my son barfed in the parking lot of a Tim Hortons and then once more into a Tim Hortons bag while we were crossing the bridge in this photo; perhaps you should know that there is no possible way a person can pull over on the Confederation bridge. A total trooper, he didn't complain, just barfed like barfing was the equivalent of sneezing. I do think he felt a lot better although he barfed again in a Canadian Tire parking lot about an hour after this photo was taken. (Could this anecdote possibly be more Canadian?) He was ok, we figured it was just too much sun the day before because later we ate ice cream and watched the tide come in at the Bay of Fundy.

It was the perfect day.

I love change. As much as it cranks the heat up on my anxiety it also energizes me. I believe it is essential to growth, to creativity, to happiness. I know my kids must go. There have been times where I couldn't wait for them to go. I admit sometimes I have counted the days. But today, I am counting again and there just aren't enough left and for some reason lately I have these moments where it's like someone is wringing my heart like a wet cloth.

Like all memories though there's a message inside. I need to think of this like a sneeze. This ache will pass like too much sun. There are many more days to come. I will try to live for the present and with hope for the future like I always have like I hope I taught them to do too.
Posted by DB Stewart at 12:25 PM

Yeah, it's a bittersweet time for parents, isn't it? We will all understand if you go to Tim Horton's or Canadian Tire and barf in the parking lot.

I was very sad when my kids moved to college. But, I got used to it (never liked it).
Now my son will graduate college in May and already has a job 200 miles away. It makes me sad (in a 'Cats in a Cradle' kind of way), but it's the way life goes. I'll get used to that, too.
Before I know it, my daughter will have left college and be on HER own, too.
I'll get used to it.
I'll never like it.
But, it's the way of life.

By the way, barfing in Tim Horton's parking lot?
So....do you recommend it?
Tim Horton's, not barfing.

Beautiful despite the barfing, DBS. Just think of all that is still to come.

How proud you must be! Your kids will no doubt do great things in the near future.

As a parent this is what you work for. What would be really sad would be if they never had the desire to move out and lead their own lives. The groundwork is yours and the rest of it is theirs, and I'm sure you've done your part very well.

This was a beautiful piece, barfing and all.

Sometimes, it's nice to be able fold those perfect days up, and file them away to bring out and look at again, when you feel like remembering.


.........which is completely different than what you want to do after you've sneezed.