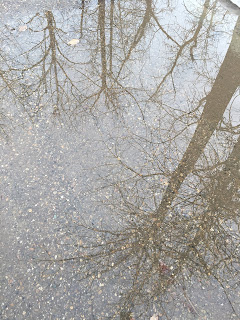 As this pandemic unfolds, I notice curiously random brain behaviour both in dreams—looking into a stranger's eyes, and then the sinking gravity in our locked eyes as we realize we are shaking hands—and awake. Most mental filing cabinets get accessed quickly, but navigating new (and often fraught) problem-solving at work and socially, some odd cabinets seem to pop open during daily tasks. What's in those? It surprises me every time: a memory of a word game we used to play with our kids on road trips (first letter, last letter); a staccato song lyric from the 1980s All for freedom and for pleasure, nothing ever lasts forever, everybody wants to rule the world...and my childhood cat Bigfoot, curled on the couch next to my Dad, and so on. Writing this, I detect a pattern I hadn't noticed earlier. Sigh.

But my most spine-tingly example involved toasting a bagel a few days ago. As an educator who works in multiple schools weekly, I take a bagged lunch, but much lunch fare is contraband. Some schools restrict peanut butter, some nuts in general, one used to restrict fish and eggs. It makes for few easy lunch choices. Thus, I hadn't eaten peanut butter for years. However, with students relegated to their homes, I realized I could take a peanut butter sandwich to work, a momentary woo-hoo. Soon I found some in the back of our pantry; we were together for lunch, once again! Then, to treat myself one evening, I decided I needed a peanut butter and jam bagel. But when I placed the peanut butter knife in the jam, a strong familiar voice popped into my head, "Never put the peanut butter knife in the jam!" My oldest brother LOVED jam but HATED peanut butter so this was a rule growing up. He's been dead since 2013; I hadn't heard his voice for so long. I laughed and then it nearly broke me. But I ate that damn PB&J bagel, determined. Friends, use those voices inside you now, the ones that summon courage.
Posted by dbs at 6:00 PM

Every single thing looks different now. We're all staring our mortality in the face and it colours everything.

Well, all of us except those youngsters on the beach. They're plugging their ears and saying la-la-la. 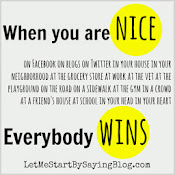