Her song, her carol. 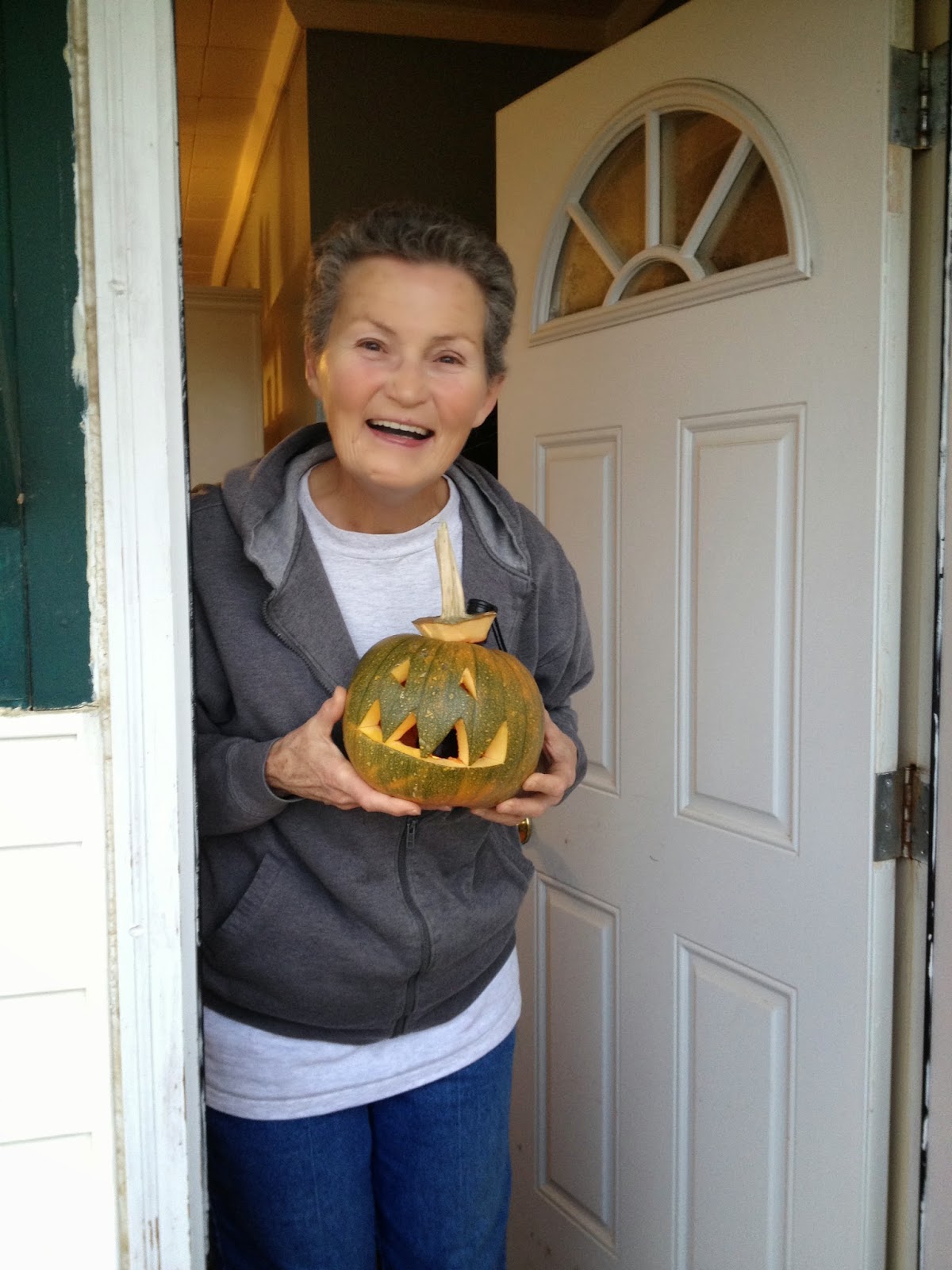 It’s fitting that it’s May. Spring was my Mom’s favourite season. She also liked summer, fall and winter (mostly). She also loved hummingbirds and bees and frogs and water and leaves and soil and seeds and garden corn and veggies and books and Bugs Bunny: “what a maroon!” Her name was Carol.

She had a great name didn’t she? As you know, Carol means “song” or “to sing.” If your life were a song, what would it sound like? What would the lyrics be? Would its patterns rhyme or would random rule? (My Mom lived random.) Would people line dance to it or would they head-bang or would they flash mob or would they hold still, listening carefully waiting for what might come next? What images would bloom from those sounds and from those words in listeners’ minds? Would it inspire? Would it warn? Would it question? Would it shock? Would it soothe? Would we laugh? Would we long to hear it again and again?

My Mom’s song would sound like a ball game and a picnic but only after hard work and perseverance and sweat. Her song would sound like corn stalks in a garden tended dutifully. Her song would be the squeak of her countertop every Saturday morning as she kneaded bread dough. (I often woke to that sound.) Her song could be silent too, like an owl, patient and watching but mostly silent like a page turned and another page and another book and another and one more too. It would be loud sometimes too and there would be laughter and yelling at the TV and the occasional swat given to the occasional boy. And it would sound like coffee brewing and more coffee and cigarettes and debate and politics and some stories and some lies too. There would be a dash of ABBA, maybe some Anne Murray and some fiddle and some guitar and an old country song: “King of the Road.”

But mostly, it’s what you wouldn’t hear in her song: no worry, no complaining, no bitterness, no anger, no rushing. Peaceful. Sometimes, so much so that it seemed distant. Nevertheless, in honour of her song, I urge you today: don’t worry. Yes it will rain, it will snow, it will freeze, the sun will shine, bees will sting but rarely all in one day. So enjoy today. Eat cake. Seed the crops. Plant a garden. Watch the news. Cry if you need to but mostly be calm. Why worry so much? Why rush? Just carry on. Tomorrow is tomorrow. Enjoy today. This, I believe, was my Mom’s song, her carol.
Posted by DB Stewart at 10:34 PM

A beautiful tribute to your Mom and just a beautifully written post, period.

This is one of the most beautiful posts I have ever read. WHAT a beautiful Mom. I love the idea of considering what your 'song' would sound like. I might dabble with figuring out my own song, and that of my Mothers as well as my Mother-in-law's for Mother's Day. Beautiful.

This is truly beautiful. Thank you for getting it down. Many truths are touched and there are fine notes rung in remembering someone so resonant to you.

Remembering her this way encourages us to remember ours in similar fashion and I have my mother's singing voice in my head now with stunning clarity. I thank you too for that gift and the images that came bursting in as I read your description and compared notes with my own.

How fitting that to prove I'm not a robot I should now have to type 'celebrated' 'andhow'. {honestly}